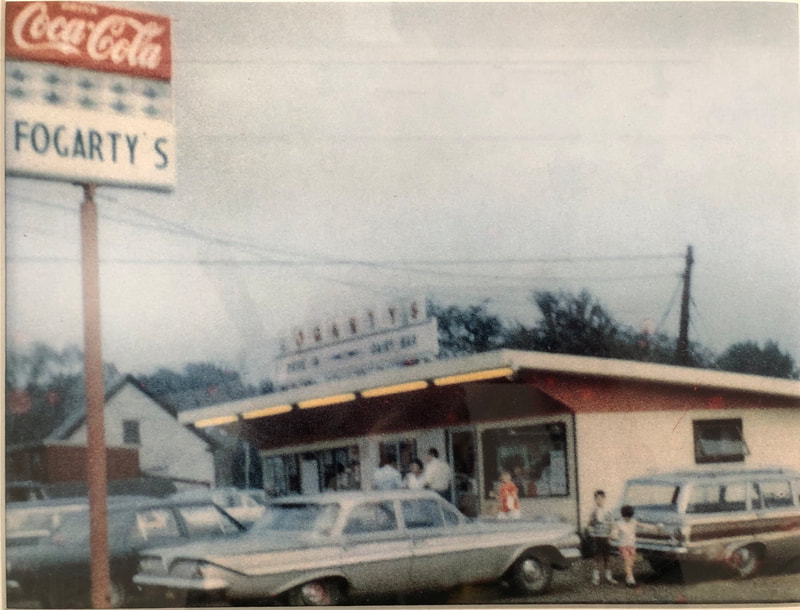 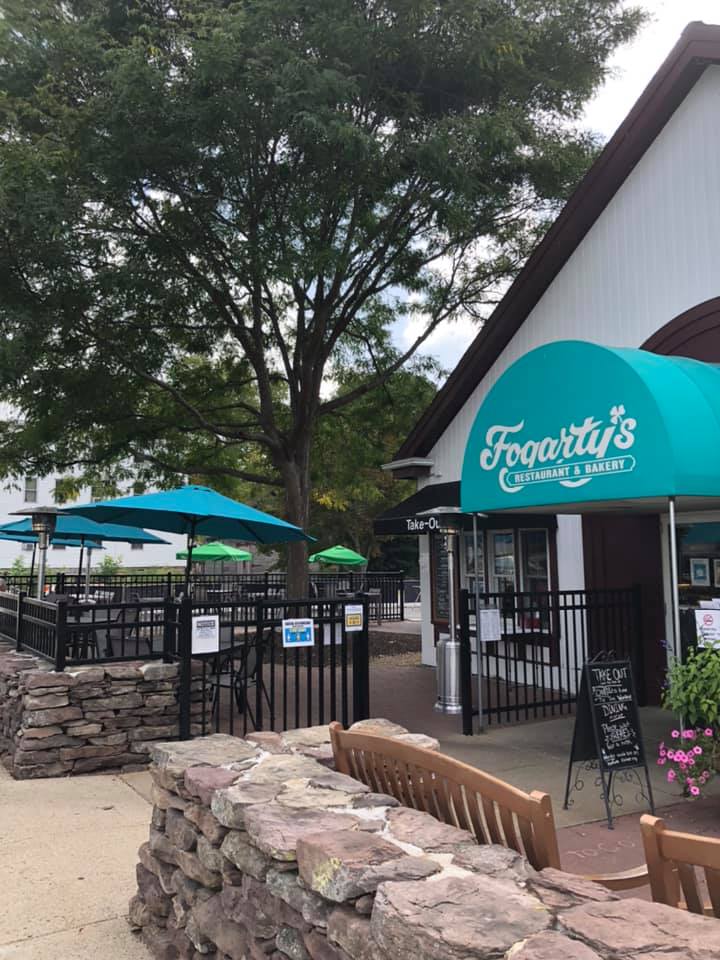 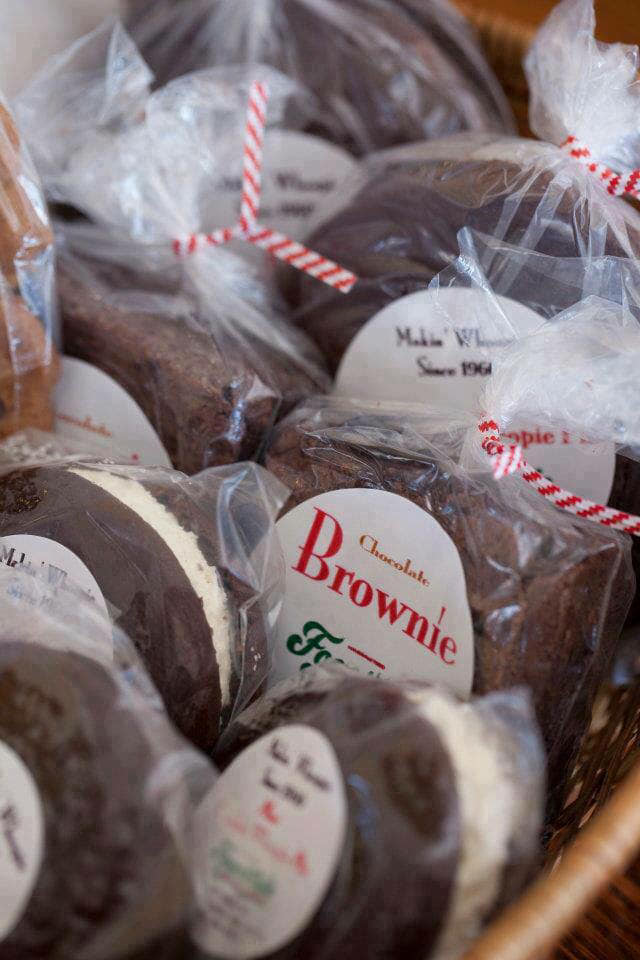 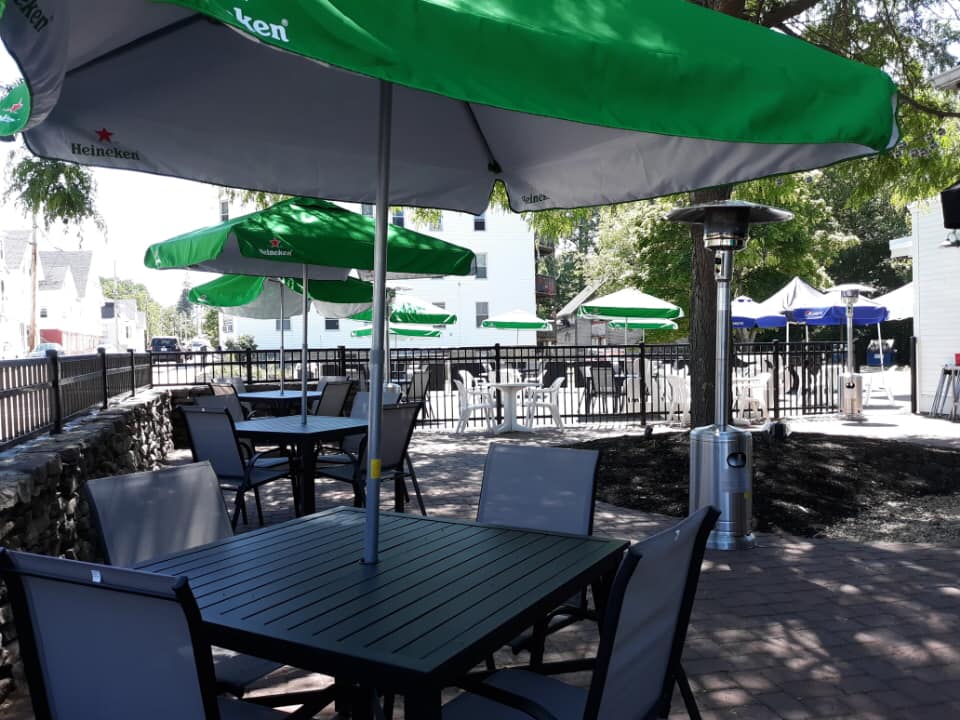 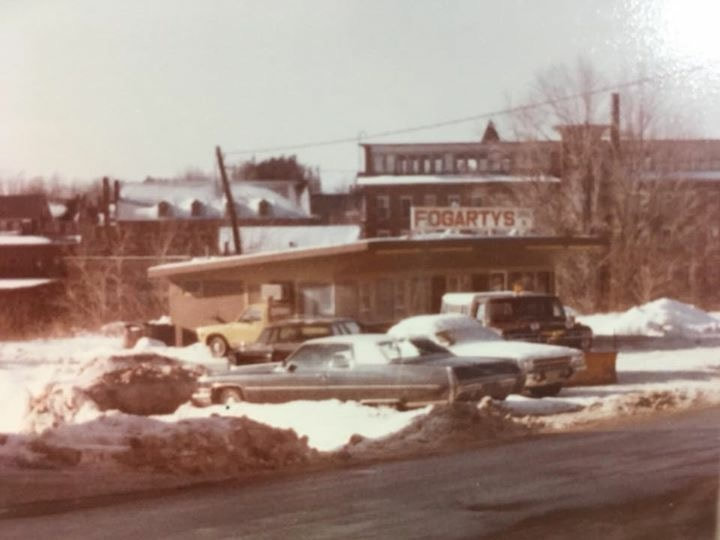 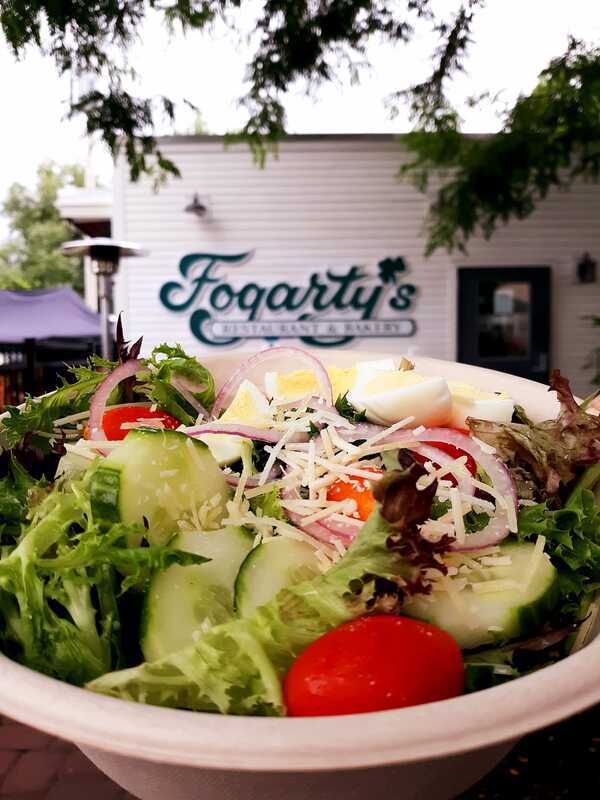 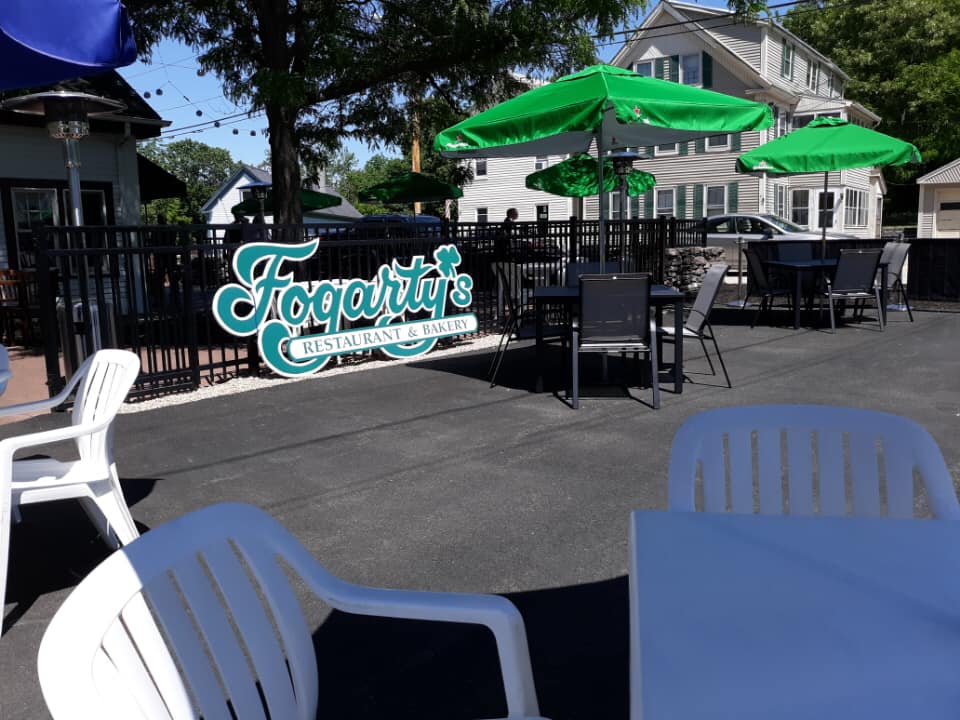 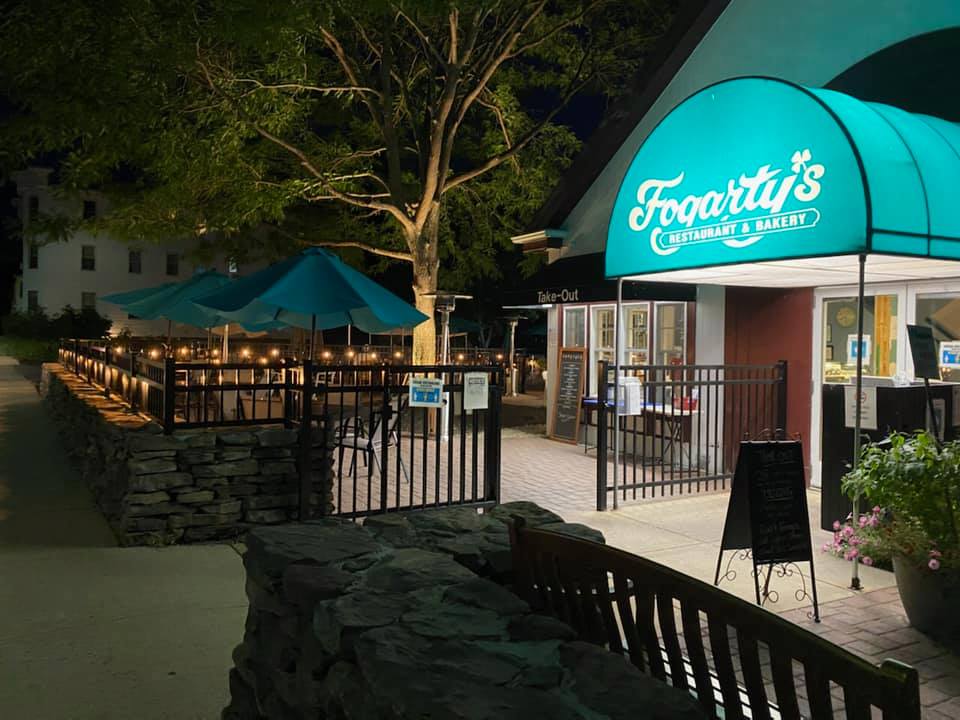 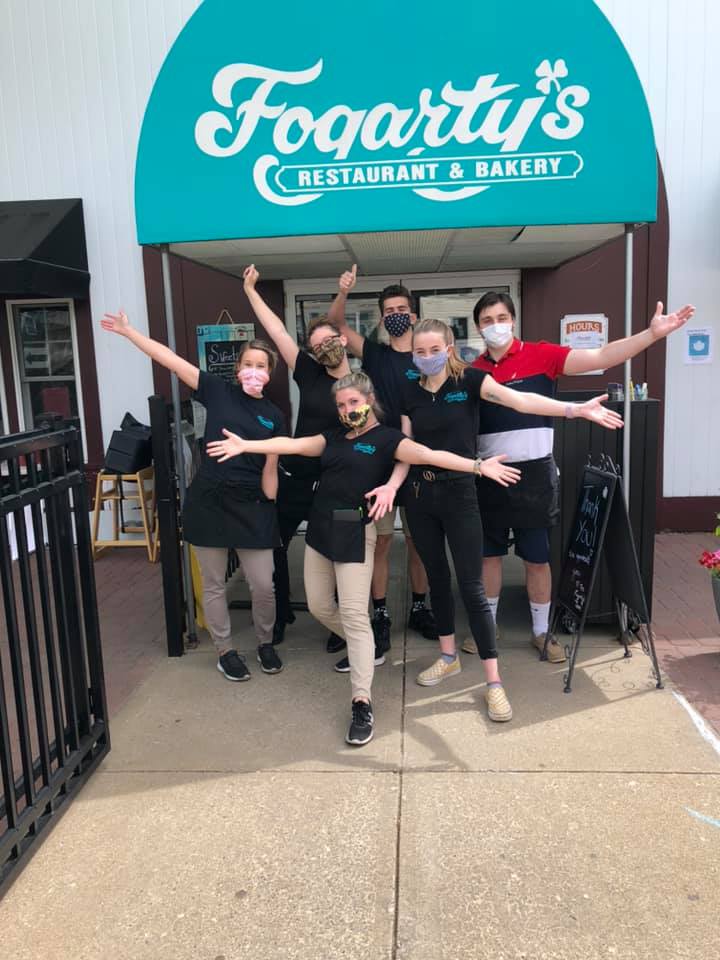 The History of Fogarty's Family Restaurant & Bakery
Article by MICHAEL T.S. FARRELL
Featured in Foster’s Daily Democrat circa 2010
Who made the Seacoast’s best fried chicken, facilitated the romances of hundreds of couples, fried onion rings craved by an American soldier hacking through the Viet Cong jungle, baked pies for church socials, fattened three generations of summer waistlines with rich ice cream? Why Fogarty’s Restaurant of course!
Fogarty’s has been a staple of the South Berwick and Rollinsford, N.H., community, bursting belt buckles and picking up after dropped ice cream cones since 1960 when Tom and Frances Fogarty turned the one-story building they had bought a year earlier into a burger-and-fries restaurant.
“I’ve been coming here since this place was a square box and it just served ice cream,” said Somersworth resident Roseanna Newling, who was having lunch with her friend Frances Riggio. “And then it went to hot dogs. And now it’s the best place in the two counties". Today the 79-year-old friends, who couldn’t say enough good things about Fogarty’s Indian pudding with a scoop of vanilla ice cream, eat there every Sunday with the singles group from Christian Believer’s Fellowship on Chapel Lane in Somersworth. Their lunch included items like sweet potato fries and tuna melt, a far cry from the burgers, fries, and either chocolate or vanilla soft serve ice cream the restaurant launched with 50 years ago.
In the early ’70s, Dave Fogarty and his wife, Loretta, took the restaurant over from his father who wasn’t able to run the business anymore due to sickness. Over the years the menu expanded to include fried chicken that was eventually taken off the menu after the old pressure cooker gave the then-teenage Larry Fogarty a strong electrical shock. Another former menu item was a 10-inch “cardboard” crust pizza, that introduced Larry Fogarty to his future wife. As the story goes, she would order the pizza “tanned". Intrigued, Fogarty left a note in the box and the two began dating.
Perhaps most interestingly, though, Fogarty’s onion rings were reportedly so good a local boy who served during the Vietnam War craved Fogarty’s onion rings while sitting in the jungle. And apparently, you can still bite into these same onion rings. “If you get an order of onion rings today,” says the latest Fogarty’s proprietor, “it’s not gonna taste any different from it did in 1970.” The reason for this, says Larry Fogarty, is because the recipes for the core menu items haven’t changed despite the changes to the restaurant over the years.
And the changes have been many. The original restaurant had a counter with twirling stools and three booths. In the early ’70s Fogarty’s father added some picnic tables and a screened-in porch that was converted in the 1980s into a dining room with 12 tables. Move ahead another decade and a further addition, which included a second story, gave the restaurant a bakery and the capacity to seat 100 people.
Sometimes progress comes at a cost, though. From the beginning Fogarty’s has been closely associated with ice cream. “I remember pickup trucks of kids in the bed coming down the hill trying to get in line before anyone else did,” said Fogarty. The kids in the trucks were coming from their little league baseball game, and Newling said there would be four or five lines of kids in front of Fogarty’s waiting for ice cream. “It was wonderful to see,” she said, “unless you had to wait in line.” Today, however, you can only find ice cream on the desert menu. The ice cream window was closed in the late 1990s with the increasing success of the restaurant side of the business.
There’s an upside, though. They may not have a summer ice cream window anymore, but their bakery has become quite popular. According to Newling and Riggio, Christian Believer’s Fellowship, for instance, always stocks their fellowship meetings with Fogarty’s pies. “They make the best desserts,” said Newling. “I haven’t seen my toes in a long time.”
Copyright © 2021 Fogarty's Restaurant All Rights Reserved